Police Lieutenant Colonel Thaksin Shinawatra last night apologized 16 million people who voted for the Thai Rak Thai Party in the April 2 general election, for being unable to accept the mandate to lead the country because of several pressures besieging him.

In a 15-minute televised address to the nation at 8.30 p.m. yesterday via the TV Pool of Thailand, Thaksin said it was time all members of the society became united as a tribute to His Majesty the King who has devoted for all his life the physical strength, wisdom and personal funds for the welfare of the people.

Thaksin pointed out there are only 60 days left before the world’s monarchs come to Thailand to participate in the celebrations on the 60th anniversary of ascension to the Throne of the beloved king. Lamentingly, Thai people were still engaged in a political deadlock. To break the impasse, he agreed to back down at the suggestion of the People’s Alliance for Democracy and the former Opposition parties. He said he would not accept the premiership at the selection process to be conducted in Parliament after 30 days of the election.

However, Pol Lt-Col Thaksin said he has to carry on the duty of caretaker prime minister as required by Article 215 of the constitution, until the selection process for a new prime minister finishes.

Thaksin made it clear that he will continue his roles as a party-list MP and head of the TRT Party. He will materialize TRT campaign promises while all the populist policies initiated in the previous government will be continued. Such projects include the war on drugs, the 30-baht-per-visit universal hospital scheme, the anti poverty campaign and the construction of mass rail routes in Bangkok. He said he will visit people as an MP and former premier who is worried about their welfare.

He also called on the PAD to join in a political reform and help lay down a framework that would be best for the Thai people and for politicians to follow. He thanked the public for their support to him in the three general elections during the past five years. He reaffirmed that he had never had an idea to run the country by evil means. And if he has a chance in the future, he will explain the public all the points of misunderstanding that had become targets of attacks on him. 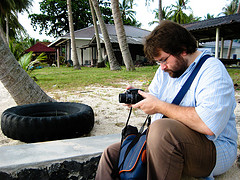